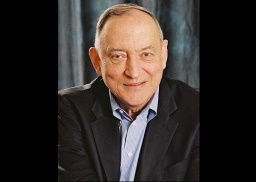 Professor Robert Nerem passed away peacefully in his sleep on 7th March 2020. He was 82 years old. Bob (as he was fondly known) was a highly regarded leader in the global Biomedical Engineering community. He had dedicated his life as a champion for Biomedical Engineering. He was an outstanding mentor, educator and statesman. He had served in leadership position not only in the United States but also globally. He strongly advocated integration, bringing BME communities around the world together and collectively with one voice to effectively raise public policy issues. Bob was instrumental in the creation of NIH’s National Institute of Biomedical Imaging and Bioengineering (NIBIB). He was a recipient of multiple awards, i.e. the AIMBE Pierre Galletti Award, the ASME H.R. Lissner Award and the IUPESM Hopps Award for Distinguished Service. Bob was elected a member of the National Academy of Engineering and a member of the Institute of Medicine. He was elected Fellow of numerous learned professional societies in the USA and other countries. He was presented with an honorary doctorate from the University of Paris.

Bob was truly a gentleman and a servant at heart. Those who knows him can testify to his generosity and delightful nature. According to his son, Steven: “One of Dad’s passions at the end of his life was Project Engages at Georgia Tech (https://projectengages.gatech.edu/), a high school science education program involving seven minority-serving public high schools in the City of Atlanta. If you feel like helping Dad’s passion continue, you may make a donation in his name via “Giving Opportunities” at the bottom of the webpage.”

Please keep Bob’s wife Marilyn and the Nerem family in your thoughts as they go through this difficult time. He will be sorely missed by all.