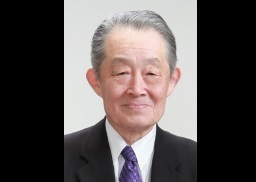 We are sad to announce that our colleague Professor Nozomu Hosimiya passed away on 25 January 2017.

His principal fields of interest are the following biomedical engineering fields: functional electrical stimulation (FES) as a neural prosthesis, especially its application to rehabilitation fields; self-organizing neural networks, especially on the recognition and generation of the spatio-temporal patterns; and physiological instrumentation. Dr. Hoshimiya was an Ad-Com Member of the IEEE/EMBS in 1989–1990, and was a founding Associate Editor of the IEEE Transactions on Neural Systems and Rehabilitation Engineering, in 1993–1996. He was also an Editor-in-Chief of the Journal of the Japan Society of Medical Electronics and Biological Engineering, 1991–1995. He has been an AIMBE Fellow since 2002. He was a Vice-President of the Japan Society of Medical and Biological Engineering in 1998–1999. He was a Member of the Board of Directors of the International Society of Functional Electrical Stimulation (FES) in 1999–2000, and has also been the President of Japan FES Society since 2004–2005. He has been IEEE Fellow and Life Fellow since 1994, 2008, respectively.

We deeply regrets this loss and sends sincere condolences to Prof. Hoshimiya’s family, friends and students.