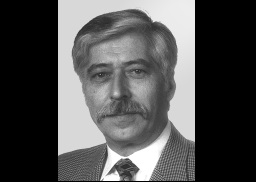 I met Prof. Nagel more than 20 years ago at one of the Mediterranean Conferences in Biomedical Engineering, when Joachim was already an established researcher and well known scientist, and I was entering the arena of BME research. Shortly after that event, Joachim invited me to start collaborating within the frame of the Int’l Federation for Medical and Biological Engineering. One of the first projects we realized was the IFMBE’s Mediterranean Conference which was held in Pula, in Croatia in 2001. At that time, Joachim was already the President-Elect of the IFMBE and I was enjoying listening to his ideas and plans for the future development of the Federation, involving the young generation of researchers into BME and increasing the visibility of the profession. We were usually sitting on a terrace of a small restaurant on the shore in the bay, after the presentations at the Conference and all meetings were finished, looking at the yachts at the anchorage in the marina, letting the breeze bring us refreshment and new, fresh ideas. We continued to collaborate on numerous different IFMBE and later IUPESM projects, until and after Joachim’s retirement, until a few months ago when Joachim withdraw into private life due to health reasons. During all those years, Prof. Nagel has been the leading person or has been actively involved in different initiatives, which resulted in increasing of visibility and importance of biomedical engineers and medical physicists in medicine and health as well as in large number of benefits for IUPESM and IFMBE affiliated societies and individuals.

In 2012, Prof. Nagel was honored Honorary Life Membership of International Federation for Medical and Biological Engineering (IFMBE). Also in 2012, he was awarded the IUPESM Award of Merit for his “Outstanding Achievements in Physical & Engineering Sciences in Medicine”.

Joachim Nagel was an editor of the IOPP Book Series in Medical Physics and Biomedical Engineering and the IFMBE Book Series in Biomedical Engineering, he has served as an Editor for the BMES journal Annals of Biomedical Engineering (1989-94), the IOPP journal Physiological Measurement (1994-98), and he was a member of numerous Editorial and Review Boards. He served as a consultant to NIH, NHLBI, the Scientists’ Institute for Public Information, the American Cancer Society – ACS/NASA Subcommittee, and numerous companies. He has been funded by NIH and the DFG, and he has taken part in EU-funded projects.

His main research interests were in the fields of cardiovascular monitoring, instrumentation and physiology, medical image acquisition and image processing, physiological signals, MEMS, and biological effects as well as therapeutic applications of ultrasound. He has published more than 200 scientific papers, books, book chapters, patents, and conference papers.

Joachim Nagel was the coordinator of the European project BIOMEDEA (Biomedical Engineering Preparing for the European Higher Education Area). The objective of the project was to develop and establish consensus on European guidelines for the harmonization of high quality MBES programs, their accreditation and for certification and continuing education of professionals working within the health care systems.

Prof. Nagel’s contributions to biomedical engineering and medical physics are numerous and it is very difficult to mention them all.

Collaboration with WHO
Prof. Nagel has considerably increased the cooperation of IUPESM and IFMBE with WHO. As the president of the IFMBE he has participated in WHO General Assemblies in Geneva during his term of office and continued to represent the IFMBE at general assemblies also after 2006.
It is Prof. Nagel’s achievement that IFMBE is included into the WHO’s World Alliance for Patient Safety.

Other NGO activities
Prof. Nagel re-established IFMBE’s status of an NGO at United Nations and included IFMBE into the initiative “Information Society of the UN”. Prof. Nagel also initiated the cooperation of IFMBE with international standardization organizations (ISO, IEC and ITU). IFMBE has meanwhile been accepted as member of the World Standards Cooperation.

Publications
Prof. Nagel recognized the value of IFMBE publications, mainly its Journal MBEC and its potentials. Therefore, he was leading negotiations with the most significant publishers in the field of biomedical engineering and together with other members of the Journal Committee decided to sign a contract with a new publisher, Springer. He achieved three major successes for the IFMBE:

Education
Prof. Nagel was working actively in biomedical engineering and medical physics education not only as a university professor and Head of the BME department, but he also initiated a series of workshops on biomedical engineering and founded a European project BIOMEDEA in 2004. The BIOMEDEA project gathered BME societies and BME university programs. This initiative resulted in a number of documents (criteria, guidelines and protocols) for harmonization and accreditation of biomedical engineering and science programs. The project has also dealt with training, certification and continuing education of biomedical and clinical engineers working with the healthcare system.
During the realization of this project it became evident that this project is interesting not only for Europe but also for the BME community worldwide, so that at the III BIOMEDEA meeting,
representatives from all over the world were present. The success of the BIOMEDEA project encouraged Prof. Nagel to continue it with that activity with a strong support of the IFMBE which incorporated many of the BIOMEDEA policy statements into policy IFMBE policies.

Conferences
Prof. Nagel has found it his professional obligation to attend and to communicate with IFMBE members at all possible levels and in all regions. Such an open and friendly approach resulted in the increase of applications for IFMBE co-sponsorship and endorsement of worldwide BME conferences. Prof. Nagel continued this policy also as IUPESM president.

Prof. Nagel has also held a number of positions in many other learned societies and organizations. Prof. Nagel is a distinguished scientist who contributed to biomedical engineering and science and published a large number of scientific publications.

I have never met any person, scientist or engineer, who has been as much engaged and as much successful in representing interests and achieving aims of a scientific organizations in biomedical engineering as Prof. Nagel. In many years of his work, Joachim earned many friends and admirers, and he also changed many people’s lives for the better. I am honored to have been among them.

Any cookies that may not be particularly necessary for the website to function and is used specifically to collect user personal data via analytics, ads, other embedded contents are termed as non-necessary cookies. It is mandatory to procure user consent prior to running these cookies on your website.